Rayong Province, Eastern Economic Corridor, Thailand – More than 600 cycling enthusiasts are set to take part in a two-day recreational tour of this Eastern Thai province as part of the efforts to revive domestic tourism and stimulate the economy in the post-COVID-19 era.

The event is being organised by the Ministry of Tourism and Sports and the Tourism Authority of Thailand (TAT) under the name “Happy Bike Without COVID 2020”. It will comprise two cycling tours on 1 and 2 August through some of this province’s most iconic scenic, culinary and cultural spots.

The tours will be held with strict observation of the New Normal preventive measures, including social distancing. The 300 participants in each tour will cycle in groups of five or 10, with individual cyclists at least one metre apart and each group at least 500 metres apart. 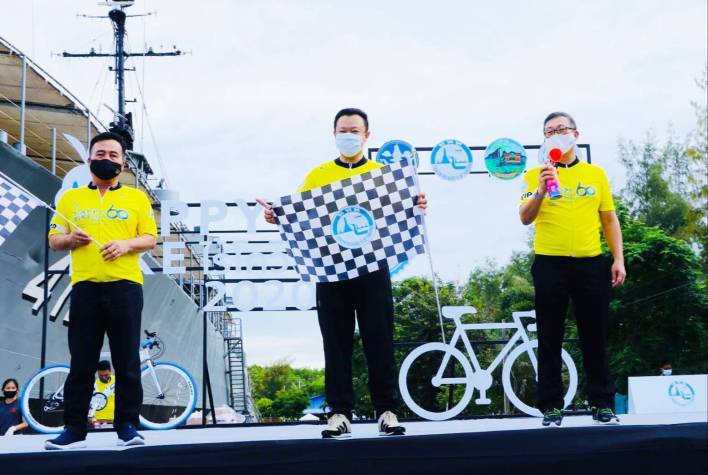 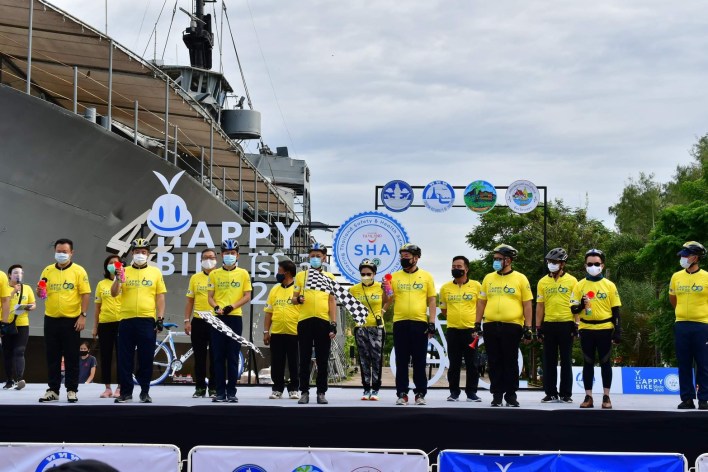 Category 1:  Entitled “Along the Prasae”, this tour will be held on 1 August and highlight the beautiful scenery of Pak Nam Prasae Subdistrict, Rayong Province. Starting from the Royal Prasae Warship Memorial, it will run past the Prasae Sin Bridge, including a photo stop at the Laem Son Viewpoint, a visit to Wat Takian Ngam, cross the Nong Phong Bridge, pay homage to the Krom Luang Chumphon Khet Udomsak Shrine, and a final stop at the Pa Tu Market to sample local culinary delicacies, before returning to the starting point at the Royal Prasae Warship Memorial. The total distance of 15 kilometres will be covered within two hours.

The stop at Ban Pak Nam Prasae is designed to benefit the local community, which is known for producing delicacies; such as, flavoured tea snacks, soft-shelled rice crackers, pinwheel pastries, desserts and the well-known local specialty, “Khlung Khu tea”. A local tour guide from the Takhian Ngam Community School will also narrate the story of Takhian Yai, two massive trees in the community area said to be more than 500 years old.

Category 2: Entitled “TEAM TOGETHER”, this will be a more heavy-duty race for seasoned cyclists, also starting from the Royal Prasae Warship Memorial and running along Burapha Chonlathit Road but with a single stop at the Noen Nang Phaya Viewpoint before returning to the starting point. The 75-kilometre track is expected to be covered within three hours.

The Royal Prasae Warship Memorial has been chosen as the start and end point for the tours because it is a monument of the HTMS Prasae, one of the Thai battleships that took part in the Korean War in the 1950s. It also has a shrine to pay respect to the widely revered Prince of Chumphon, the father of the Thai Navy.

Rayong is one of the three provinces of the Eastern Economic Corridor (EEC) on the coast of the Gulf of Thailand, which are being developed as a technological,manufacturing, and service hub with strong connectivity to its ASEAN neighbours by land, sea and air.

CATEGORIES press-release
TAGS beautybikecuisineculturehighlightprovincerayongscenicsupportsTATtours
NEWER POSTwould be nice of the next earthquake to give me a heads up so i can plan to be i
OLDER POST#NayaKashmir Structural reforms carried out in Industries, Tourism, Finance and