“During the past year, Mrs. Duncombe has brought energetic leadership to our senior executive management team at the Ministry of Tourism, Investments & Aviation,” said Deputy Prime Minister Cooper. “She has made a seamless transition from the corporate sector to public service, parlaying her wealth of knowledge and experience into outstanding leadership of Team Tourism. She came aboard at a critical juncture as we undertook the task of Tourism recovery and has worked tirelessly toward the goal of getting our industry back on track.”

Mrs. Duncombe is the seventh (7th) Executive named Director General in the Bahamas Tourism Ministry’s 54th year and the third female to be appointed as Technical head.

In response to the appointment, Latia Duncombe said:

“It’s an honor and privilege to be given the opportunity to lead The Bahamas’ chief economic engine.”

“Tourism is a fascinating industry and one that touches the lives of the entire population and guarantees the socio-economic stability of The Bahamas.”

She continued: “Our robust performance last year is a testament that growth and expansion are realizable, considering our country’s assets and the resilience of our people. We have excelled not just in the numbers, but also in revenues. I want to express my sincere gratitude to former leaders and Team Tourism, all of whom have played an integral role in leading, undergirding and facilitating The Bahamas’ mainstay. It has been an honor to be able to serve my country.”

Latia Duncombe’s appointment to the Director General of the Ministry of Tourism, Investments, and Aviation took effect on 16 January 2023.

The Bahamas has over 700 islands and cays, as well as 16 unique island destinations. Located only 50 miles off the coast of Florida, it offers a quick and easy way for travellers to escape their everyday. The island nation also boasts world-class fishing, diving, boating and thousands of miles of the Earth’s most spectacular beaches for families, couples and adventurers to explore. See why It’s Better in The Bahamas at Bahamas.com  or on Facebook, YouTube or Instagram.

More news about The Bahamas 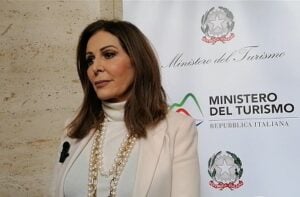